The film follows one of the nation’s top high school football programs though its toughest season ever. Two years removed from a State Championship, the Grant Pacers are poised to make another run. But fierce opponents, the neighborhood, and a major tragedy – the violent, mid season death of their coach – all stand in their way. (From IMDB) 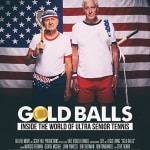